The post-Reconstruction era saw an economic boom as a result of expanding manufacturing and transportational power, which paved the way into global industrialization. In 1869 the first transcontinental railroad was completed and within the next thirty years hundreds more would be built across the country. They grew so expansive that at one point every location in Iowa was within eight miles of a railroad track. During that same time, the American economy doubled in size. From those economic expansions business empires were forged, such as those of Andrew Carnegie, John D. Rockefeller, and JP Morgan. Their companies contributed to creation of much of the continental United States' infastructure and vastly changed life in America. However, the methods used to create and sustain these empires were opportunistic at best, and their impact on society was pernicious at worst. Overall, historians have differing perspectives on how history should view men of the likes of John D. Rockefeller, Andrew Carnegie, Cornelius Vanderbilt, and Jay Gould, with some historians detestibly labeling them "robber barons," and others defensively referring to them as industrial statesman or "captains of industry."


The Businessmen as Robber Barons: 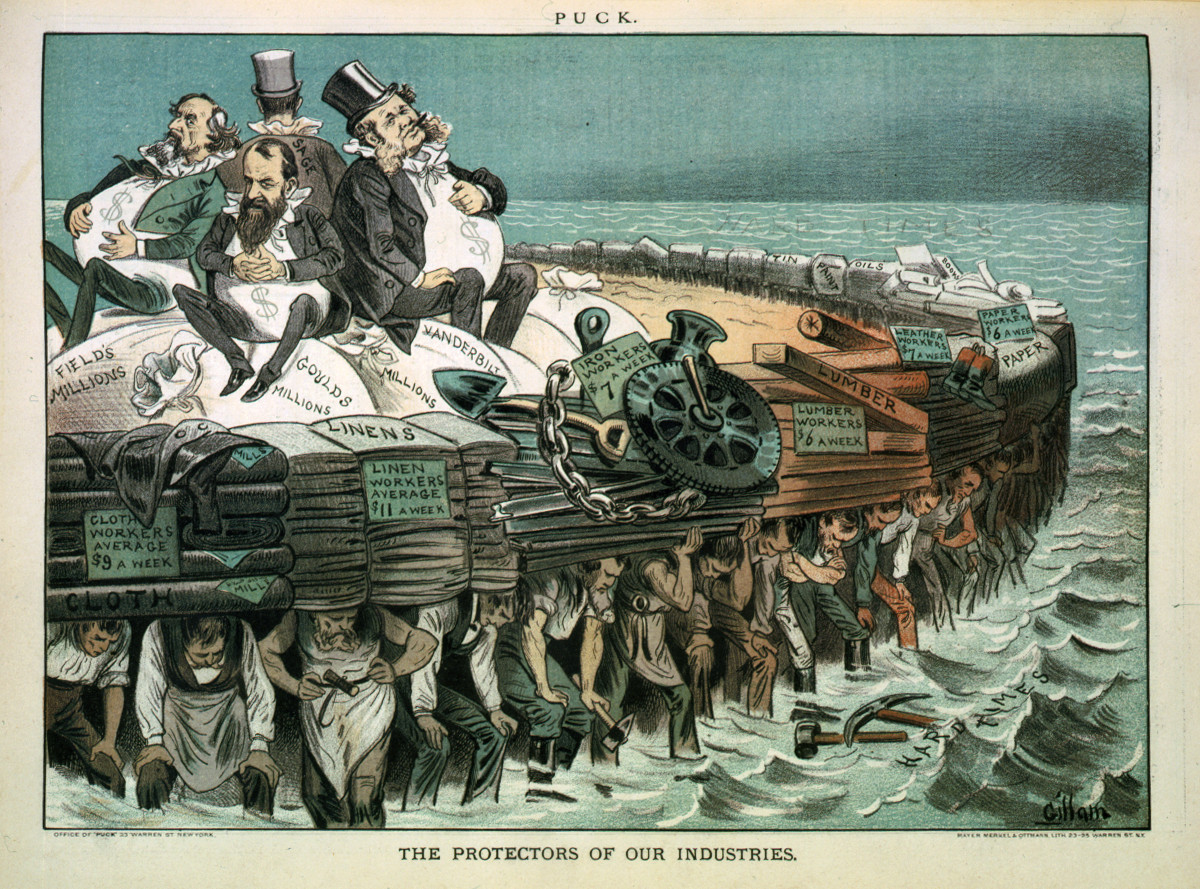 Many historians take the stance that the one percent of men that controlled the majority of wealth in the country during this era were selfish, corrupt, and an overall detriment to life in America. They name these men robber barons and use the following as evidence for their persepective.


During the Gilded Age, monopolists that ran large corporations abused the nonexistant anti-trust laws to discourage competition and take control of entire markets. As a result, these monopolies could set outrageously high prices on their products or services for maximum profits. This is perhaps best exemplified by Standard Oil, who would deliberately lower the price of their oil for short, controlled periods of time to undercut competing oil companies. After their competitors went bankrupt Standard Oil would re-raise the prices to even higher prices due to the lack of any remaining competition. Although Congress passed the Sherman Antitrust Act in 1890, which declared illegal all combinations "in restraint of trade," it was not until Theodore Roosevelt became the 26th president in 1901 that tangible opposition to the creation and operation of monopolies was properly challenged. Other unethical and illegal money making methods were utilized by robber barons, such as insider trading and shady backroom deals with political figures.

Further, the robber barons would actively create unfair and unsafe working conditions for their employees in order to increase their profits. An example of this can be seen in the common practice of union busting. Groups like the Pinkerton detectives would be called in to disperse organized strikes and union meetings. During the Homestead Strike of 1892, Andrew Carnegie called in the Pinkertons who opened fire on hundreds of protestors at the Homestead Plant after they refused to disband. The inability of workers to form proper unions or perform successful strikes put them at the mercy of the heartless robber barons. As a result, workers could not negotiate for fair compensation, demand more safety regulations, nor institute restrictions on the amount of hours that they could be worked.

Also, robber barons like Joseph E. Brown took advantage of unethical and cheap labor through the system of "convict leasing,” which was a system where penitentiaries provided free or inexpensive prisoner labor to corporations. Brown abused the arrangement in postwar Georgia to create huge profits for the Dade Coal Company. He was able to amass around $100,000 from the system, (or approximately three million dollars in today's money).


The employment of unskilled laborers from China (often referred to as "coolies," althought the term is offensive and outdated) was also practiced in order to minimize construction and production costs. Chinese American labor was rampant, especially in the construstion of railroads like that of the Transcontinental railroad or the Central Pacific Railroad. These foreign laborers often had to work around 12 hours a day, for 7 days a week. Along with this, they received very little pay, normally averaging around $3.50 per week, which was disgraceful even during this era. 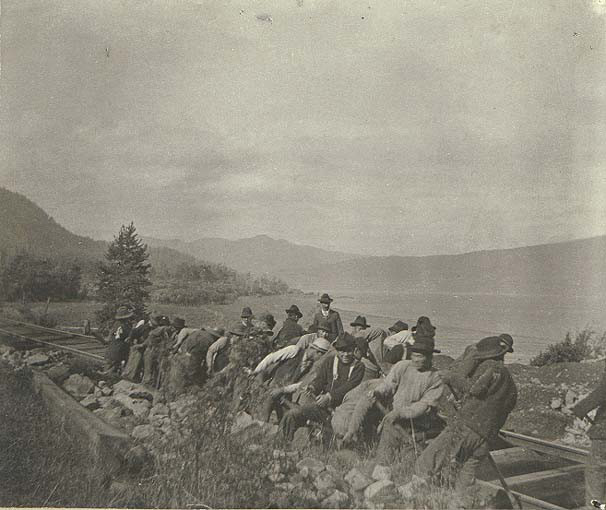 Children also made up a significant amount of the workforce during this time, mostly out of necessity due to their parents not being paid enough to provide for their family. Children as young as five could work up to 18 hours at a time, with many of these child workers being subjected to unsafe conditions while in dangerous glass, steel, or processed chemical factories. While children under the age of twelve were technically not allowed to work full time, this was very poorly enforced. It was not until 1938 that Congress officially passed the Fair Labor Standards Act, which set the legal limits for “oppressive child labor” and set a minimum wage. 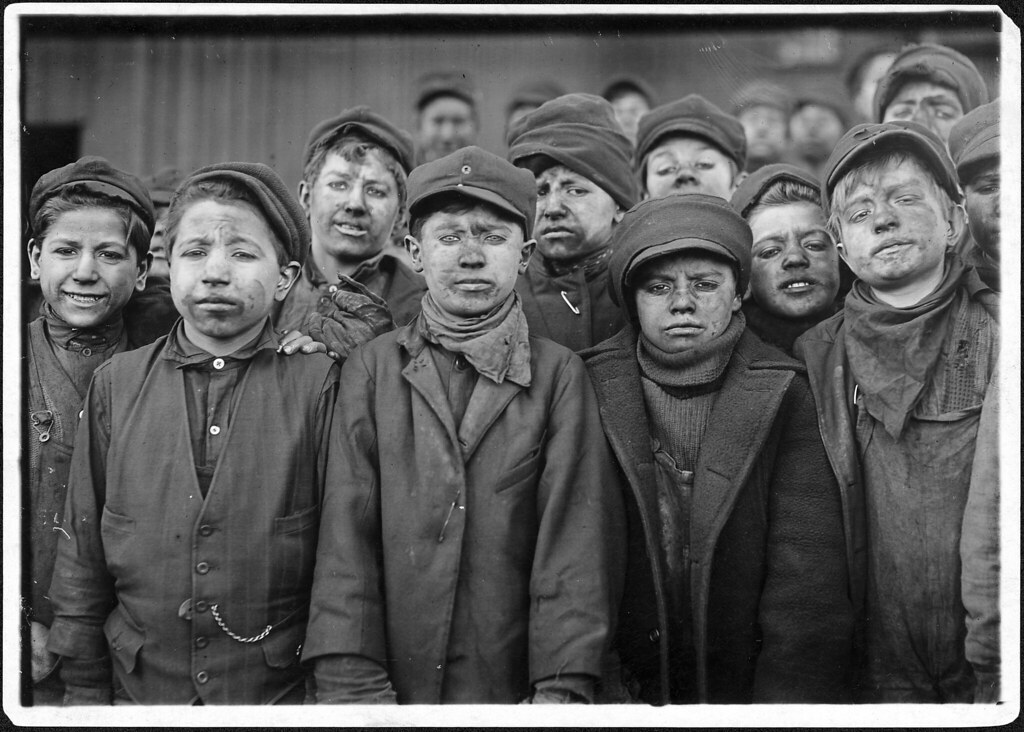 Everywhere the robber baron's money went, scandals followed. Bribery and fraud was commonplace during the Gilded Age and was a primary tactic used by barons to get ahead of their competition. Two infamouse scandals during this era include the Crédit Mobilier and Columbus Delano scandals. During the Crédit Mobilier scandal of 1867, a shell construction company called Crédit Mobilier of America was formed by managers of Union Pacific. The managers of Union Pacific then bribed congress members, most notably Representative Oakes Ames from Massachusettes, to insure that Union Pacific received over-funding for railroad constructions. For a project that cost roughly $50 million, Congress gave Union Pacific, via Crédit Mobilier of America, $94 million, and the excess was taken as profit for Union Pacific. Due to the scandal several office holders were removed from office. Similarly, the Columbus Delano scandal the secretary of the interior, he accepted bribes in order to secure land grants for a Colorado land speculator. His resignation was requested by President Ulysses S. Grant.

Lastly, many historians contend that robber barons failed to innovate in their fields of interest and even actively worked to supress new innovation. An example of this can again be seen in John D Rockefeller who, it is argued, contributed nothing towards the actual improvement of oil refining technology. In fact, most of the new technology in the field came from overseas and was simply implemented by American companies.


The Businessmen as Captains of Industry:

Dissenting historians contend that the work of these powerful men aided the US and its economy more than they damaged it. They refer to the men as captains of industry and use the following as evidence for their case.

Captains of industry are responsible for the considerable expansion of American business, with Rockefeller commanding the oil industry, Carnegie leading the steel industry, and Vanderbilt revolutionizing the railroad industry. Some historians argue that despite monopolistic and oligopolistic positions, the impact that large corporations prompted on America's industrial power far outway the unethical methods that were used to succeed as they were deemed necessary. The industrial statesmen took a confusing, disorganized and anarchic economy and transformed it into one with order and rationality. They created organizations that took full advantage of the potentialities of the American economy, making them capable to service the entire continent.

Historians also emphasize the societal benefits brought about by so-called robber barons such as Alexander J. Cassatt, the seventh president of the Pennsylvania Railroad, who made reforms in railroad favoritism and helped abolish rebating with support of the Elkins Act. Cassatt heralded a new day in the American business leadership.


Even more, many captains of industry were philanthropists who made generous contributions to social efforts. The origin of these philanthropic efforts stems from Andrew Carnegie's self-written article on the topic called the Gospel of Wealth (which is linked here).

"Under [philanthropy] we shall have an ideal state, in which the surplus wealth of the few will become, in the best sense the property of the many, because administered for the common good, and this wealth, passing through the hands of the few, can be made a much more potent force for the elevation of our race than if it had been distributed in small sums to the people themselves. Even the poorest can be made to see this, and to agree that great sums gathered by some of their fellow-citizens and spent for public purposes, from which the masses reap the principal benefit, are more valuable to them than if scattered among them through the course of many years in trifling amounts through the course of many years."

Portait of Andrew Carnegie, circa 1905

The Gospel of Wealth justifies the existence of the extremely wealthy. It argues that the one percent has the civic duty to give back to the poor and that it is for the betterment of society that there are wealthy persons who can give back to society. Carnegie embarked on his philanthropic journey in 1901, and by 1911, Carnegie had given away roughly 90 percent of his fortune, funding everything from scientific research centers and universities to librarise and teacher pension funds. Inspired by Carnegie and the Gospel of Wealth, Rockefeller formed the Rockefeller Foundation and donated more than half a billion dollars of his personal wealth to charitable causes, including the establishment of the University of Chicago.


Continuing, historians also cite the commonly accepted rationale adopted by businessmen during the Gilded Age which used Darwinism as a justification for their ruthless morals in business and politics. Their point of view was that business was like nature, and success was the result of survival of the fittests. This sentiment was expressed in the following quote by John D. Rockefeller.

“The growth of a large business is merely a survival of the fittest. … This is not an evil tendency in business. It is merely the working-out of a law of nature and a law of God.”

While some historians contend that robber barons did not innovate in their specific fields, there are examples of captains of industry being on the forefront of innovation. The business talent of entrepreneurs working for Standard Oil made improvements in lowering production costs, merchandising, and increasing output efficiency. Also, Charles Crocker and James J. Hill contributed to improvements in the methods of railroad construction, which allowed for westward expansion. Charles A. Pillsbury exploited the most improved milling processes, and Carnegie fostered the most improved methods of steel production. Vanderbilt pioneered with the four-track trunk line, and developments in by-products of meat packing were pioneered through the use of refrigerator cars.

Here are the points summarized:
So what is the verdict?


In summation, this debate is not black and white, and in the end the question falls to this: do you believe that the ends justify the means? Does the charitable change of heart on your death-bed redeem the rutheless acts of greed that you partook in earlier in your life? Do the reforms that were caused as a result of these magnates outway the economic strain that it put on families and children at the time? The decision is dividing, and historians argue for both sides, however, generally, the consensus amongst historians lies in the belief these men were robber barons.


What is the legacy of the robber barons (or captains of industry)?


The influence of these men is still seen today, both in the reforms made against their business tactics and their economic impact. Labor standards and organized unions have come a long way, as have the philanthropic endeavors of the robber barons. Along with that, the monopolies that these men forged still have a lasting impact on the landscape of business today. For example, the result of the dissolvement of the Standard Oil trust in 1911 led to the creation of the modern day companies of Marathon Petroleum, BP, ExxonMobil, and Chevron.